The Master Designer -- The Song

The Master Designer – The Song is an awe-inspiring film about the world’s most fascinating creations and the secrets they hold to the universe. Creation holds the imprints of a master designer.

Read my full review in The Examiner.

And if you're looking to see a brand new release this weekend, check out The Son of God. Looks to be epic. 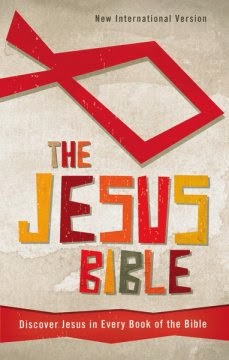 The Jesus Bible, NIV – Discover Jesus in Every Book of the Bible (Zondervan) is just the thing to boost the faith of young teens and to encourage them to read God’s Word.

Many other nifty features that set The Jesus Bible apart and make it a winner. Read my full review here in The Examiner. (It will also appear in Assist News Service.)
Posted by Janey DeMeo at 2:12 PM No comments:

God's Not Dead, the movie

When a college philosophy professor mandates that his students each sign a paper stating, “God is dead,” what is a Christian freshman to do?

Josh Wheaton (Shane Harper) was warned that the Philosophy class he enrolled in would target his faith, but he has no idea just how tough it will be. Professor Radisson (Kevin Sorbo) not only wants everyone to agree that God is dead, but he also sets out to humiliate anyone in his class who dares believe in God. Josh Wheaton dares. He is unwilling to compromise his faith. Not for a higher grade. Not even to appease his girlfriend.

In spite of a coy demeanor, Josh relentlessly accepts his professor’s daunting and derisive invitation to prove to the entire class that God is not dead.

Read my full review of God's Not Dead in The Examiner. (Also appears in Assist News Service.)

www.orphansfirst.org
www.twitter.com/JaneyDeMeo
Posted by Janey DeMeo at 4:07 PM No comments: