What If . . . Do not miss this movie. If you do, you might never discover what might have happened to you if...or what might happen to you.

More details on my article in The San Diego Examiner here.

(Crayons photo compliments of www.gifart.com.)
Summer's over and parents are preparing their children for the new school year. But what about foster children?

For many foster children the back-to-school season presents a huge dilemma. Read more about this in my latest Examiner article here.

Monster Inside My Daughter

I'm a huge advocate for adoption. And for stories. So today I'm featuring a special true story about a beautiful, adopted child right here on my blog. May it inspire you as it did me.

“I feel a pulse,” one of the medics said.

The paramedics worked feverishly on Manisha to make sure she was still alive. My beautiful seven-year-old daughter from Nepal lay on the floor unconscious at the O’Connell Center of the University of Florida.

“Has she ever had a seizure?” another one asked.

“No, no,” I said in bewilderment. Manisha rolled over and vomited.

One emotion consumed me: Fear. The enormity of single parenting hit me like lightening.

After hooking up stabilizing IVs, Manisha was whisked off in an ambulance to Shands Teaching Hospital. I found a pay phone and called my mother. Her first comment was, “Do you know what day this is?”

I remembered—September 19. Four years to the day and almost to the hour, my father had died of a brain tumor. It was about 5:00 p.m. My shattered world continued to close in on me. A short time later my worst fears were confirmed.

“There is something on the CAT scan. We have a called a neurologist,” I heard the nurse say.

But God was silent. The next nine days of hospitalization were filled with tests—MRI, gallium scan, spinal tap, TB test, HIV test, numerous blood draws, and too many questions and not enough answers by doctors doing their daily rounds with medical students in tow. Manisha had what in medical parlance is called a “zebra.”

As the days passed in the hospital, I asked God for two things that humanly speaking seemed impossible. I prayed first that the doctors would not have to do surgery. I couldn’t bear the thought of seeing Manisha’s beautiful thick, curly black hair shaved off. The ugly scars of surgery still lingered in my mind from my dad’s brain surgery. And I prayed that whatever was in Manisha’s head would not be cancerous. I had asked God to heal my father of a brain tumor and he died. Could I trust God for Manisha’s healing?

It was critical that the doctor’s make the correct diagnosis. The wrong treatment could kill her. Did she have a malignant brain tumor or a worm inside her head? Manisha had been adopted by me from Nepal at the age of three—old enough to be exposed to the extreme poverty of Nepal and lack of clean drinking water. 57.1 percent of the water in Nepal is considered unsatisfactory for human consumption, contaminated with feces.

Manisha’s condition turned out to be caused by a tapeworm infection of the brain—the most common parasitic infection of the nervous system. The larvae can travel anywhere in the body—the muscles, brain, eye, and other structures. The condition, known as neurocysticercosis, is still relatively rare in this country, but is appearing more on the radar as part of the differential diagnosis for seizures.

Why did God allow this nightmare to happen? I don’t know why God allows the hard things in our lives, but I do know God never wastes anything. I hope writing about neurocysticercosis today will bring awareness to this very preventable disease. International adoptive parents and travelers to the developing world should seek appropriate medical care upon returning to the U.S. if they have been exposed to poor sanitary conditions or contaminated water.

In spite of the trials of single parenting, the years following that dreadful day of September 19, 1994, have been filled with life and joy. Manisha soon will be leaving home to make her own way in the world and I reflect on her middle name Hope—with God, there is always hope, and for that I am thankful.

For more on Manisha’s story, be sure to watch Animal Planet’s “Monsters Inside Me” on August 25, 10-11pm EST. The book, Children of Dreams tells the complete story, available at Amazon.com, Barnes & Noble, and your local bookstores.

Lorilyn is offering a drawing for a free copy of Children of Dreams on her website and blog. The drawing will be on September 1, 2010. Go to the website for details.
Lorilyn's website. Lorilyn's blog.

As for me, (Janey), thank you for stopping by. I'll be posting a new article here real soon. 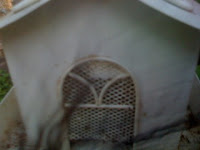 Incredible! That’s what people are saying about what is happening in America today whether in New York or our own backyard here in San Diego.

While churches struggle to meet their budgets (both North Coast Church in Vista and North Coast Calvary Chapel in Carlsbad have built new edifices recently to accommodate their growing membership—a challenge in a declining economy), expensive mosques are popping up everywhere.

Recently, just in time for Ramadan, a new Islamic Center opened in Santaluz, North County—a building costing some 5.5 million dollars. Many San Diegans opposed this construction but eventually accepted their fate gracefully in the name of tolerance

Temecula now faces a similar problem. But so far the people have not relinquished their right to show their disapproval of building a Muslim edifice in this peaceful old town with a distinctly Christian penchant.

Of course, greater hoo-ha surrounds the controversy of building a mosque near Ground Zero, the sacred ground where 3, 000 people met their death caused by planes flown by Muslim terrorists into the Trade Center Towers on 9/11. While New Yorkers express divided opinions on this sensitive issue, most vehemently oppose it, considering it to be a slap in the face or even provocation—almost like erecting a statue of Hitler in the middle of Jerusalem.

But the biggest outrage centers around President Obama’s nonchalance over this matter. He not only doesn’t see any problem in building a Mosque near Ground Zero, he actually backs it up. (Is this one of the reasons why Rima Fakih—the first Arab Muslim to be elected Miss USA—shows such fondness for Mr. Obama?)

Why is the building of a Mosque so problematic (other than the obvious issue of blatent insensitivity when it comes to Ground Zero)?

It is a problem because a Mosque is considered a landmark stating, “This territory is ours.” And while believing in freedom of religion, many Americans don’t want to follow Europe’s downfall and lose their national identity which was founded on Christian principles. (Europe lost its identity one mosque at a time. England and France are now highly populated with Muslims—quite different from the old Europe Spurgeon knew—and most churches are empty.)

But the convoluted controversy doesn’t end here. Another disturbing element has escaped the notice of many people’s attention: Islamic supremacist Ground Zero Mosque imam is traveling to Arab countries on behalf of the USA president and his trip is being funded by American tax dollars. (To express your opinion on this issue, go to aclj.org.)

Is it any wonder that Jesus tells His people to watch and pray, to be vigilant and mindful of the lateness of the hour and to overcome evil by doing good. Praying for America is a good place to begin. Let God hear the voice of His people. Then let the people hear the voice of God as His people speak up boldly for what is right.

2 Amazing Events in Oceanside this Weekend 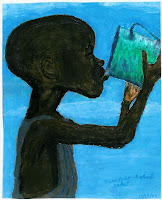 Oceanside is where it’s at this weekend. At least for those looking for fun, food, music and purpose—an opportunity to give a cup of cold water to those in need.

Two fun-focused, Christ-centered events will take place on Saturday and Sunday afternoons: one at the Oceanside Ampitheater, the other at Cafecito on The Strand.

Since I've written abundant details of these fantabulous events in my article in The San Diego Examiner, I'll send you over there to get the whole scoop.

Orphans First will have a booth at both events so please turn up and say Hi.

The unusual thing about Resurrection in May by Lisa Samson is that it brings you into what feels like a time warp, even though it isn’t. The story takes place in this century.

What gives this impression is that for most of the book, May Seymour, the centerpiece of the story, lives on a farm without a telephone, without a computer, without a car . . . She milks cows, gathers eggs and cooks up ol’ fashioned wholesome food so you feel as if you’re in Little-House-On-The-Prairie times.

This all comes about because May—a spoilt young girl from a middle-class family—a girl who spent her college years partying and waywarding in every way—spends a season soul-searching in Rwanda during the war where she finds herself caught in the genocide, witnessing horror at its greatest. The farm, then, becomes her place of refuge, of reclusion—and where her faith is rekindled.

May finds her deliverance in God’s fatherly patience mirrored in the loving people He brings into her life—including an old friend who awaits his fate on death row. These people, along with the flowers and animals, bring May’s healing.

This book is a good read, intriguing and warm. However, as with many of the books I read recently, I found numerous spelling mistakes, typos and incomprehensible sentences. Need better copywriters if you ask me. ☺ 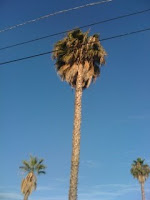 The world is marked by tragedy. But circumstances should not mold our happiness.

Many people are overwhelmed by what is happening in the world whether earthquakes, famines or the Gulf Oil Spill. The typical attitude is one of the following:

*apathetic optimism – “Oh, don’t worry, it’ll all work out just fine in the end. This is just history and nature doing its thing.”

You can read more of my article entitled "Weather, Circumstances, happiness" in The Examiner here.