The more I study the Bible, the more I realize I've still got a lot to learn about two things:
thankfulness and giving.

There is no question in my wee mind that I could (and must) give more. I don't need to be rich to give. (Phew!!! I'm really off the mark on that one.) I just need to do it--to give.

Thanksgiving is a time to give thanks and to give everything. Read my latest article in The San Diego Examiner here.

Thanks for stopping by. Happy Thanksgiving.

I have such deep esteem and gratitude for our veterans. Thank you.

Veterans are almost as close to my heart as orphans. In fact, à propos, there's a way to honor both veterans and orphans tonight. If you're near Costa Mesa, CA and would like to enjoy a special live TV event tonight honoring veterans (special speakers including Raul Ries) and also mentioning Orphans FIrst, contact me.

More about Veterans Day and snippets on some local military heroes in my latest article for The San Diego Examiner.

Comments welcome here or on page of the article. :) 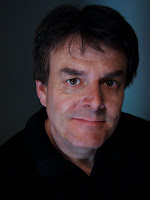 The God Hater by Bill Myers is one of the most pertinent, relevant and exciting novels you can read. Here's what the book's about:

A cranky, atheist philosophy professor loves to shred incoming freshmen of their faith. He is chosen by a group of scientists to create a philosophy for a computer-generated world exactly like ours.

Much to his frustration every model introduced from Darwinism, to Existentialism, to Eastern beliefs fails. The only way to preserve the computer world is to introduce laws from outside their system through a Law Giver. Of course this goes against everything he believes and he hates it. But even this doesn't completely work because the citizens of that world become legalists and completely miss the spirit behind the Law.

The only way to save them is to create a computer character like himself to personally explain it. He does. So now there are two of him—the one in our world and the one in the computer world. (Sound familiar?)

Unfortunately, a rival has introduced a virus into the computer world. Things grow worse until the professor in that computer world sees the only way to save his world is to personally absorb the virus and the penalty for breaking the Law. Of course it's clear to all, including our real world professor, that this act of selfless love has become a complete reenactment of the Gospel. It is the only possible choice to save the computer world and, as he finally understands, our own.

Apart from my own recommendation of this thrilling novel -- and aside of the fact that Bill Myers is one of the finest authors of our time -- The God Hater has been endorsed by top-selling authors and theological icons. Here are two from a list of prestigious endorsements to whet your appetite:

· Jerry B. Jenkins, Author of Left Behind
When one of the most creative minds I know gets the best idea he’s ever had and turns it into a novel, it’s fasten-your-seat-belt time. This one will be talked about for a long time."

· Tim LaHaye, Author of Left Behind
A most fascinating story! Full of heart, suspense and intelligence, The God Hater engagingly illustrates the futility of man-made beliefs as well as the world’s desperate need for a God who offers hope, guidance and help."

You can find more about The God Hater -- and a plethora of resources for pastors, youth pastors, leaders and laymen -- here. You can buy the book at all good bookstores, such as Barnes & Nobles.

Get this book. You won't regret it. (And it'll make a great Christmas gift for anyone you you love. Shhhh! I won't tell.)