No doubt about it, Knock ‘em Dead lives up to its title. The book provides all the ammunition you need to wow potential bosses or future companies that might hire you.

The job marketplace is scary and competitive—especially during this economic rut. Over-qualified people queue up for menial jobs below their educational level—and they’re still not hired. So, how does one stand out as being the very best potential employee? Knock ‘em Dead tells us how.

The book covers every angle of job hunt prep one can imagine – everything from resumé writing, dress-code, interview techniques, personal branding, first impressions, how to find jobs, how to land interviews, how to query, how to impress, legal issues . . . Phew! Exhaustingly exhaustive!

There are some areas I might modify (in practice at least)– areas which hint at avoiding full disclosure to land the gig. But aside from that discrepancy, the book is a great tool for job-hunters, career changers or for people wanting to improve their overall people skills and professionalism.

Father's Day and the Fatherless 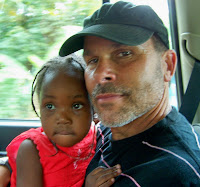 A famous card company provided free Mother’s Day cards to US prison inmates so they could send a card to their mothers. Almost every prisoner lined up eagerly to receive the treasure card to send to mom. The event was so successful, the company decided to do the same thing for Father’s Day. But the results were quite different. No one wanted a card. No one.

Lesson: Either the inmates didn’t have a father, or their father was not someone they cared about.

We see a powerful message here: Fathers play a crucial role in children’s lives. Fathers—or lack thereof—impact their children’s choices. A child who has no father, or whose father is absent, insensitive or even cruel, will likely make poor choices and turn to delinquency.

No wonder the Bible tells fathers not to “irritate, provoke” or “exasperate to resentment” their children (Ephesians 6:4, Amplified Version). No such commandment is given to mothers. Apparently, only dads need this exhortation because they seem to possess a natural propensity to irk their children.

Fathers irk their children by being absent, ignoring them, having unrealistically high expectations for them, not listening to them, being harsh . . . But nothing irks more than just not being there for them, not caring. That one leaves irreplaceable soul-scars and can deposit bitterness in the heart.

America harbors its share of frustrated, hurting, lonely children and youths—kids who either don’t care about Father’s Day or who wish it didn’t exist at all because of its oxymoronic reminder of their ‘fatherlessness’. They either don’t have a dad or their dad simply isn’t worth celebrating. This is the case of many foster children in America—of which there are half a million in America. (San Diego alone boasts 6, 500 youths in the foster system.)

Many of these kids (who are essentially orphans) will age out at age 18 with no real guidance, no healthy family connections, and no direction. They’ll end up on the street or in prison like their predecessors.

But it doesn’t have to be this way.

There are enough churches to provide homes, mentorship, older brother programs, family inclusion programs etc. for every single stray youth and foster child in America. It just takes a willing heart (and connecting with the local foster agencies or other youth organizations to see how to help).

While Americans celebrate Father’s Day, may God tug on the heart of His children, reminding them of the plight the fatherless. May all who know the Father show those who are fatherless that they too can know the greatest Father of all – the heavenly Father whose love surpasses all.