The House of Blood & Tears 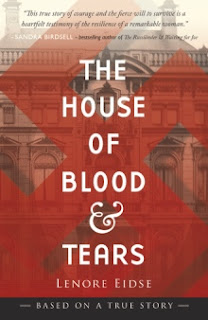 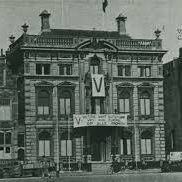 Vista, CA—Most of us have heard of Corrie Ten Boom are awed by how she and her family risked (and lost) their lives to help Jews. But few have heard of Anje van Tongeren. I had not heard of her until I read The House of Blood and Tears, a compelling, scary and true story of Anje van Tongeren and her mother who helped save hundreds of Jews in Holland during Hitler’s takeover during the second World World.

Anje van Tongeren’s mother, Hillie, was an extraordinary woman with great kindness and compassion. In spite of a difficult family situation, she never lacked a positive word to say and was always available to help those in need. It is not surprising, then, that she did not hesitate to join the underground resistence against the Nazis in the 1940s Netherlands. And since 12-year-old Anje was all too eager to help, Hillie’s strong convictions led her to bring her daughter into the fight too.

Lenore Eidse, newswoman turned novelist and author of The House of Blood and Tears (Westbow), uses her clear writing style to recount the story of the Netherlands under siege in the 1940s. She craftfully introduces the reader to several points of view, Hillie’s and Anje’s being at the forefront. But Anje is our antagonist and our greatest sympathies lie with her (which makes sense since Eidse wrote her specific story after spending many hours with her).

Says Eidse, “The dreaded word ‘Occupation’ began to rule the Dutch people’s existence. Secrets, lies, the concealment of Jews, were all considered acts of treason and could condemn their fates. The consequence of their involvement was costly in Hitler’s Holocaust; but the cost of losing their homeland to the Nazis was higher.”

Given the turbulence in the world today, the brewing hatred and threatening wars—as well as the push to “erase” history—The House of Blood and Tears is relevant. I highly recommend it. The book is well-written and a page-turner—and it also provides a much needed visit back into to History to remind us of what could still happen today and that God must be our ultimate focus to get us through.

For more information about The House of Blood and Tears,  visit: http://www.westbowpress.com/bookstore/bookdetail.aspx?bookid=SKU-000724427 and also https://houseofbloodandtears.wordpress.com.